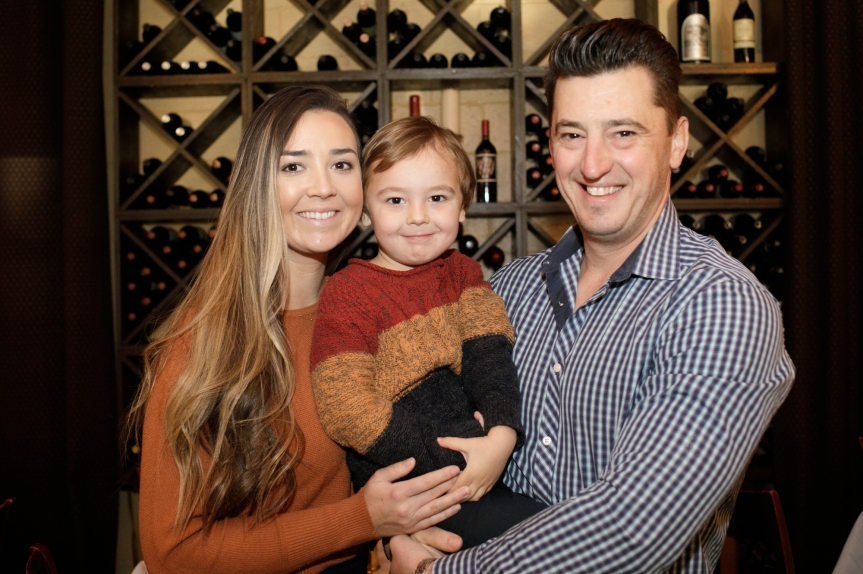 New Owners, Taylor and Terrance George along with son Parker

A couple who met and fell in love while working at Montecatini Ristorante bought the 32-year-old Walnut Creek Italian restaurant from longtime owners, chef Ermes Paulin and Teresa Cheung.

Lifelong bartenders and servers, Terrance and Taylor George met in 2015 in the dimly-lit front of the house, where the tables are draped in white tablecloths with red cloth napkins, and it seems like every couple is clinking their Chianti in celebration of an anniversary or other love milestone.

The Georges married in 2016 and had their son, Parker, the following year, “all while working at Montecatini,” Taylor says. The young Brentwood couple — she is 28, he’s 38 — will officially take over on Jan. 3. And they don’t plan to change much.

In a sea of modern restaurants with concrete floors, neutral tones and vegetable appetizers, Montecatini is refreshingly old-school. Ravioli are large, the minestrone is hot and escargot in cognac and butter is the starter of choice. Even the flat screen TVs over the bar feel right.

Chef Ermes, born in Vicenza and classically trained in Rome, has created many specialties over the years, from beef and veal lasagne to Fettucine Alla Viareggina, a seafood pasta of scallops, prawns and bay shrimp in tomato cream sauce. He keeps the menu fresh with new weekly items, too, like bone‐in pork cutlet with sun‐dried tomato and basil in a demi‐glace sauce.

All will remain. Ermes, who is 70 and has been executive chef since the beginning, will stay on in the same role, though parttime. He and original owner Ray Martin opened Montecatini’s doors at 5 p.m. on Oct. 17, 1989, the day of the Loma Prieta earthquake. Four minutes later, the 7.1-magnitude trembler struck the Bay Area. There were 26 customers in the restaurant. A busser, David, and two cooks, Rafa and Raul, are still on staff.

He and Cheung said “it was just the right time” to give “another young couple the opportunity.” “They’re young and enthusiastic and capable,” he added. After decades of 80-hour weeks, the two are looking forward to semi-retirement. They plan to play tennis and visit Ermes’ sister in Italy. 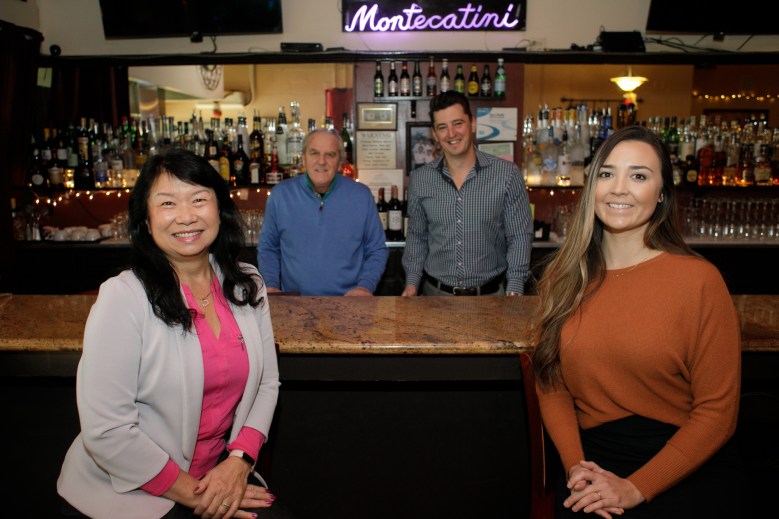 In 1995, Martin sold the restaurant to Kip Finn. And in late 2014, Finn sold the restaurant to chef Ermes. Shortly after, his wife Teresa left her job as a chemical engineer to become the restaurant’s general manager and wine director. Teresa introduced a daily happy hour, wines by the glass and a computerized point-of-sale system to do away with the handwritten checks of the previous 25 years.

The Georges will bring a few updates of their own — crisp drapes, a cork wall and fresh artwork — but plan to keep the same recipes and dishes. Terence is about to take his exam to become a certified sommelier, and hopes to expand the predominantly Italian and California wine list to include selections from Spain, Argentina and other parts of South America.

While Taylor has been with Montecatini for six years, Terrance, a Walnut Creek native, has worked there for 14 years “and knows it inside and out,” his wife says. He knows all the regulars and their orders, too.

Together they are excited to continue the legacy of Montecatini.